What’s the difference between the morning after pill and the abortion pill? 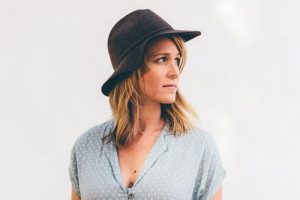 The Morning After Pill and the Abortion Pill are not the same thing, although they are often mistaken as such. If you are considering a medication method to prevent or end a pregnancy, it’s important to know what you’re consuming and how it works.

The Morning After Pill

Plan B is a single pill containing a large amount of a progesterone hormone found in some birth control pills. It is intended for use within 72 hours after unprotected sex. Contrary to common belief, Plan B is not the same thing as the abortion pill.  Plan B does not affect a pregnancy that has already attached to the uterus. There is no way of knowing which way the drug works for each individual but it may work in one of three ways:

Side effects of Plan B may include changes in your period, nausea, abdominal pain, fatigue, headaches, and dizziness.

Ella is a progesterone-blocking hormone intended for use within five days of unprotected sex or contraceptive failure. Similar to Plan B, there is no way of knowing which way Ella works for each individual, but it might work in one of two ways:

Unlike Plan B, Ella has the same progesterone-blocking traits of mifepristone, which is the first step of the abortion pill. The progesterone-blocking effect of Ella causes the death of the embryo by disrupting the embryo’s attachment to the uterus. The impact of Ella on pregnancies that have already attached to the uterus has not been tested in women. It has, however, caused abortion in pregnant animals and carries the same potential in humans.

Side effects of Ella include headaches, nausea, abdominal pain, cramps, fatigue, and dizziness.

RU486, or mifepristone, is otherwise known as the “Abortion Pill.” It is only approved for use in women up to about 10 weeks along in pregnancy.

The abortion pill is a two-step method of terminating a pregnancy. It requires an appointment with a clinic that provides this service. At the appointment, mifepristone is given which causes the death of the embryo by blocking progesterone to the embryo. Another drug, misoprostol, is given to take a couple of days later at home. Misoprostol causes cramping and contractions which expels the embryo from the uterus.

If a woman takes the first medication, mifepristone, and then decides she wants to try and stop the termination process within the first 72 hours, there is a treatment option available called “Abortion Pill Reversal” or APR. The abortion pill reversal process uses the same medication that doctors currently use to treat a threatened miscarriage. It is safe and effective in preventing a completed medication abortion in up to 68% of reversal attempts.

The medical staff of WISH Medical is able to provide the abortion pill reversal treatment for free. Any woman who wants this treatment option can call our office at (208) 892-9474 during regular business hours, or call the after-hours hotline number (877) 558-0333.

Are you pregnant and considering your options? Call our office at (208) 892-9474 or schedule an appointment online here.

• What Should I Know About Abortion?
• Abortion Pill Reversal
• What To Do When You Have an Unplanned Pregnancy
• My Girlfriend is Pregnant – What Do I Do? 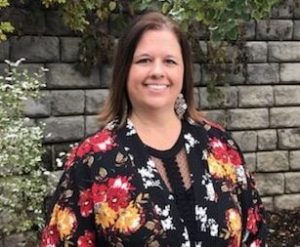